Starting from “Horseshoe Bay”, the 32km course starts with a 1km run up Lee Bay road to Lee Bay. Upon entering the track at Lee Bay stunning costal views appear as you make your way towards picturesque Little River.

Depending on tides, (the high tide mark is the track course), before rounding the tip of Peters Point bringing you to the spectacular Maori Beach.

The course takes in the entirety of the beach, then a swing bridge crossing before the climb up the forested ridge overlooking Port William.

The course heads inland now, climbing to the high point at some 200m above sea level. But the effort will be lost in the combination of beautiful regenerating podocarp forest and lush, dense virgin forest.

Along the way you’ll pass massive old log haulers dating back to the late 1800s, when the giants of the forest were dragged to the costal saw mills.

Descending to North Arm, you’ll be following in the footsteps of early Maori, who since the 13th century have used the island as a traditional food gathering site (mahinga kai).

And then it heads inland again for the final stretch through regenerating bush, climbing for the last 100m before a thumbs-up downhill to the finish line in Oban. 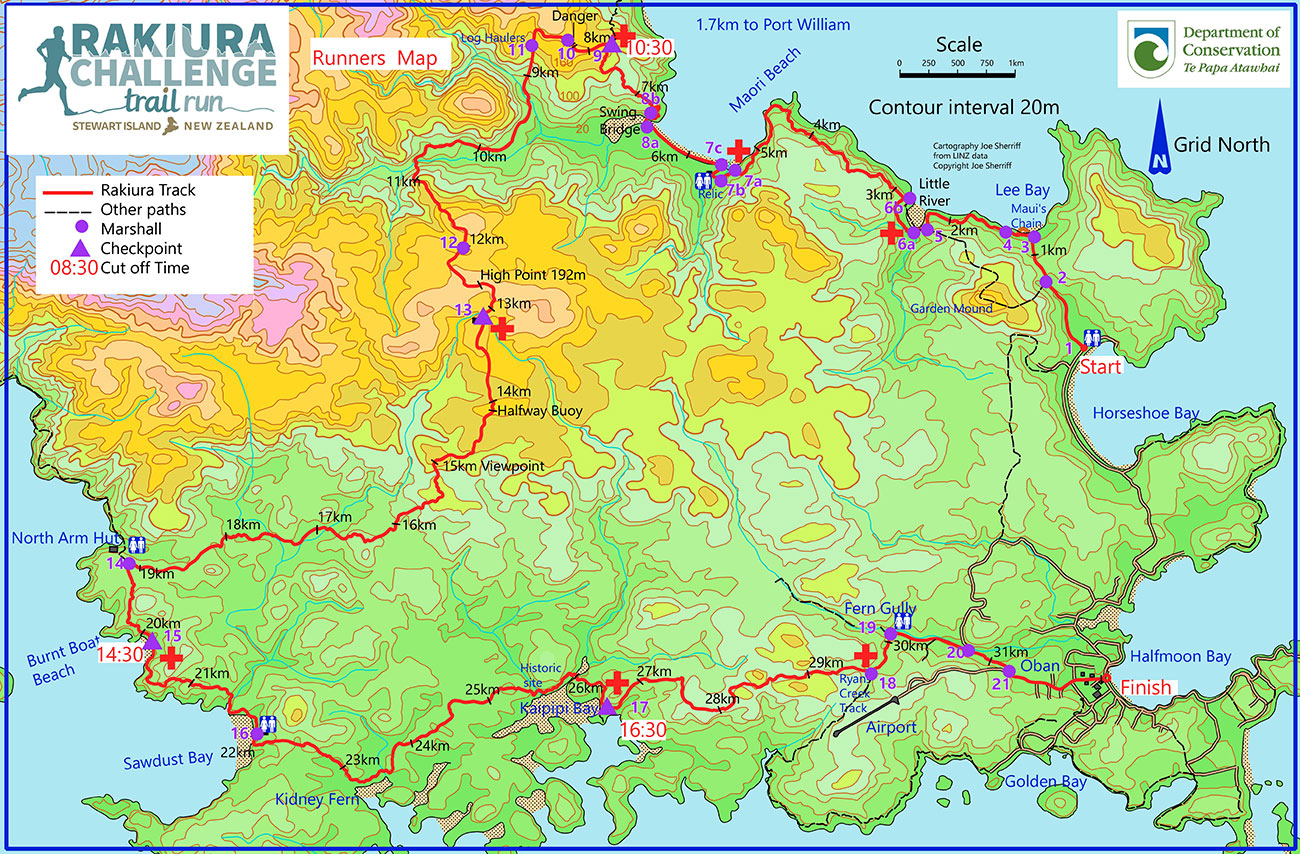